So there it is, the brand new Motorola Nexus 6.  Isn’t it a beaut?  Well of course it is, it is designed by good ole Motorola.  Code named “Shamu” this thing is literally a whale.  Measuring in at a whopping 5.96″, the new Nexus 6 is almost the same size as Google’s old Nexus 7 tablet.  If you couldn’t tell, the naming scheme comes from the size of the screen.  Basically this is no longer in the phone category, but also quite not in the tablet category either.  It’s a phablet (*shudders*). 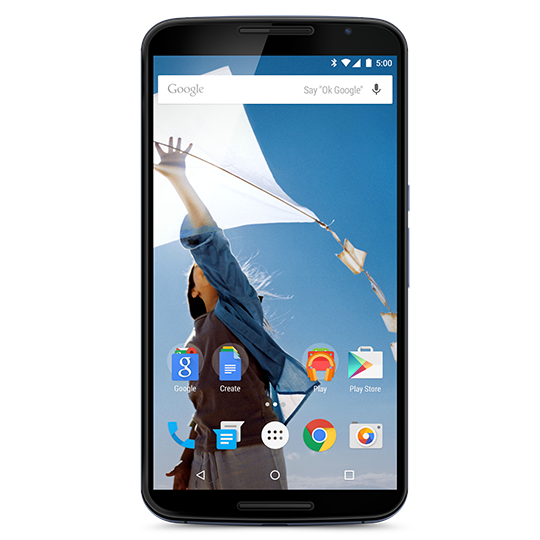 You know what though?  That isn’t a bad  thing.  If you’re one of those people who doesn’t want to splurge money on a tablet, but also want a bigger screen, this device would be perfect for you.  It’s basically what made Samsung’s Galaxy Note line so popular.  All you have to carry around is one solid device.

So how does the Nexus 6 differ from last years LG Nexus 5?

If you’re reading this an wondering “What the heck does Nexus mean?”  In short, it means that it get’s its Android updates straight from Google without any tampering from the carriers like AT&T or the manufacturers like Samsung.  It is a lot like how Apple updates their iPhones through iTunes.  This means it is easier to support, update, and it has longer shelf life.  That is good for you the consumer!  Also, Nexus phones run “stock” Android which means that it is what Google has in mind for Android.  I will go further into  detail in another post about Android skins.

The Nexus 6 is not available just yet.  You can sign up on Motorola’s website to get updates as to when you can preorder yours.  It should be out sometime in November.

If you have any questions about it or want to provide some feedback, please comment below or send me a message through the contact page.

SO WHAT DO YOU THINK? Are you going to get a Nexus 6?  Think it’s too expensive or just about right for the hardware it’s packing?  Let me know below!