The time has finally come!  HTC unveiled the all new HTC One (M9) yesterday in Barcelona, Spain to kick off this week’s Mobile World Congress.

Was I excited for it?  You betcha.

The hype-beast was full throttle with renditions making their rounds online and I was trying not to get consumed by it.  It sorta worked.

Initially I was disappointed with the new One because reality did not meet my expectations.  This probably goes for most other mobile freaks out there.

However, like my parents always tell me, I should sit on something for 24 hours before making a final decision or pass judgment; give myself an opportunity to calm down.

Well, it’s been a day.  Let’s get to it.  Here is my Rapid Reaction to the all new HTC One.

The rear-facing duo ultrapixel shooter of last year takes a trip to the front of the device for those low-light selfies.  The new HTC One sports a 20 MP camera and should have a significant boost in photo quality even though we all know that megapixels don’t correlate to a better picture.  Hopefully the sensor is big enough and the software optimized enough to get some great shots when it is released.  I refuse to comment on the quality of images until I get a chance to review it for myself.

They kept an expandable micro SD card slot!  This is great news!  If you are a media junkie you will never have to worry about deleting files to make more room on your device.  There is 32GB of built-in storage (with 21GB of that actually being usable) and with a cheap 64GB micro SD card for $30, you are looking to have around 82GB of total storage.  Entire iTunes library on there?  Sure!  A few hundred photos?  Why not.  Heck, let’s put a few movies on there as well for the upcoming flight across the US.  The SD card slot combined with a sharp display and BoomSound speakers really makes the HTC One the true all-in-one media device at an absolutely great price (I assume it’ll be $200 out of the gate). 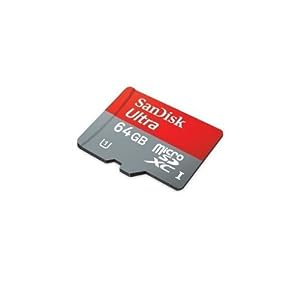 Carry all of your media with you and never worry about deleting to make room.

While it might be only 240mAh more, coupled with a very efficient Qualcomm 810 octa core processor (64 bit) this should definitely get you through the day.  The HTC One of last year had very good battery life so we are looking at an improvement here.

It might not sound like much, but having an extra gigabyte of RAM will certainly help with multitasking and gaming (last year’s One had 2GB).

The HTC One (M9) comes with Android Lollipop straight out of the box!  It will be slightly skinned with HTC’s Sense 7 user interface and I have always been a big fan of Sense since my Incredible.  It should be a great blend of form and functionality with not a lot of bloat or gimmicky features.

I love when companies push the boundaries of what is possible in a device.  When I had the LG G3 I was fascinated with that big beautiful 1440p screen.  I thought 1080p would look gross after using that for a few weeks.  However, there were things about 1440p that didn’t seem quite right.  First, the screen on time (SOT) took a huge hit because the battery just didn’t have the endurance.

Also, there were some lags.  Sometimes the processor and RAM couldn’t keep up with it and there would be some micro stutters.  Now I realize this is a completely different device and newer components, but I just don’t think 2015 is the year where 1440p is practical.  Maybe I’m wrong and when I review the Galaxy S6 or LG G4 I will eat my words.  All I do know is that using a tried and true resolution will, again, result is some great battery life, which seems to be the focus of every user’s mind these days.

Oh how I love my BoomSound speakers.  They were so hard to give up when I started reviewing and testing other devices for this site.  There is truly nothing like them.  My current Sony Z3v comes close, wicked close, but it isn’t quite there.  HTC is partnering with Dolby Audio to improve upon their critically acclaimed front-facing speaker technology.  Watching movies or listening to music just became even more enjoyable.

This is about the only thing that is bittersweet with the HTC One.  Everyone, including myself, were expecting some revolutionary new design that would blow our minds.  You know what though?  It still is one gorgeous device.  If you decide to make the switch to HTC for the first time, you are getting one beautifully crafted device and no, I don’t think it is a total disappointment.

HTC did not take the Apple route and simply upgrade the internals like they started with the iPhone 4S.  They instead took a great form factor and made several minor improvements to make it that much better.  They listened to the users and put the power button on the side of the device.  The new HTC One is just a teeny tiny bit smaller, which should make it easier to hold in the hand.  They added sapphire glass to cover the camera so that it won’t scratch.  Finally, they gave us a bit of a neat choice with a two-tone color finish.  They really streamlined the design of the One M9 and it really looks quite fine.

Head scratchers aren’t totally negative or pessimistic opinions.  They are just that.  Things that made me sort of scratch my head in bewilderment.  Here is where I become a mild prick about an otherwise great device.  For every up there is a down right?

Yup I just got done praising the device for its design.  Why would I put it here as a head scratcher?  It is extremely close to that of last year’s HTC One (M8).  Seriously, if you held an M8 and an M9 out to people at the same they might think it is the same device.  I really wished that some of those “leaked” renders were true, but it really isn’t quite a big deal.  I’m not that much of a stickler. I think the only real design change that I would be the HTC black bar at the bottom.  I know every single company brands their device, I get that.  It just seems like it takes up unnecessary space.  I think what they could have done is gotten rid of the bar completely and instead skin the on-screen home button to look like the HTC logo.  That would look absolutely slick.  I mean they already showed with Sense themes that you can re-skin the buttons.  Why not make the stock version branded?

It is more of an evolution than a revolution and I guess that is ok.

Last year when HTC unveiled the One (M8) they surprised everyone by saying that the device could be picked up in a brick and mortar store that very day.  Seriously how cool is that?

This year?  You have to sign up with your email on their website to find out when it will be available.  C’mon HTC, if you could do it last year, why not this year?  If I get all hyped up during the live stream, I don’t want to have to wait another few weeks until I get to actually play with the device.  Oh well.  I sit here waiting.

And that my friends is the HTC One (M9) Rapid Reaction!  Thanks for sticking with me to the end of it.  I hope you enjoyed it.  I can’t wait to get my hands on it so that I can review it for you guys and gals.  From my initial reaction it looks like there are more positives than negatives and you should be happy with the changes that HTC made to the One.

If you have an M7 this is a great upgrade and you should definitely wait.  If you have an M8, it fixes every little thing that is wrong with your device so if you can justify the price, it is a good upgrade.

Complete spec comparison between the One M8 and M9 from phoneArena

Discussion: So will you be getting the HTC One (M9)?  What are you most excited about?  What do you wish they had included?  What would you have changed?  Let me know in the comments below!

The time has finally come!  HTC unveiled the all new HTC One (M9) yesterday in...