The recently graduated graphic design alumna thinks that the LG G2 is the best phone that she has ever had.  Her previous devices were “basic” phones that she primarily used for texting.

“The thing I love most is that I picked it up really quickly.”

Speaking of picking it up, Kat believes that the LG G2, despite being a rather large device, is easy to hold in her small hands.

On the flip side, Kat’s biggest gripe with her six-month-old, Verizon Wireless LG G2 is that as it has gotten older, the battery life has, “gone downhill fast.” 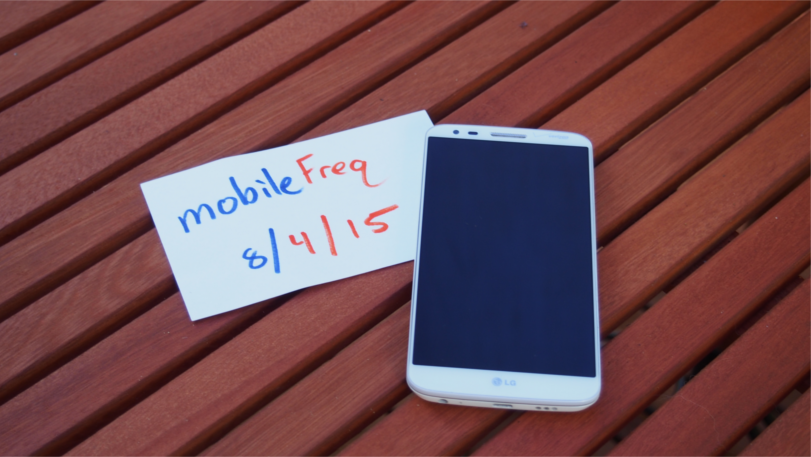 Having a removable battery is important to Kat and she plans on upgrading to one with the option in September.  How convenient for her that the LG G4 has such a feature.

“I really want the [LG] G4,” says, Kat across the table wearing an alternative rock band shirt and Vans sneakers.  “It is so much like this phone already and because it has an amazing camera.”

Kat mostly uses her Lollipop-updated, LG G2 for photography.  Despite having a Canon EOS Rebel T3 with multiple lenses, she has no problems leaving the DSLR at home and taking her LG G2 along with her for capturing the moment.

Those moments are sent along to Instagram and then on to her followers as it is her most-used app besides Google Hangouts.  Kat occasionally will use VSCO Cam as well, but prefers Instagram’s quick and easy editing.

Any final thoughts about your LG G2, Kat?

“It is really durable and sometimes I don’t put it in the OtterBox when longboarding,” she says while her Santa Cruz longboard leans on her chair.  “I should probably get a tempered glass screen protector for it.  Just in case.”

Pros: Camera, durability, easy to use

Cons: Internal battery (and life of it)

Would recommend right now? NO (she knows it is two versions old)

Deals of the Weak