For something a little different, TAppday this week is Figure, created by the good folks at Propellerhead for the iPad and iPhone.

Figure is a music loop creation tool that gives you a drumkit, synth leads and bass with a decent collection of instruments to play with at the tip of your fingers. For those that have used Propellerhead’s software before, it includes the Thor synthesizer for the bass, lead and the Kong drum machine, both from their own Reason software. You simply press record, use the rhythm wheel to set your number of steps and tap out your beat. You never have notes out-of-place and it always sounds great.

The main push for Figure is experimentation. Once you’ve gotten your basic rhythm down, release the record button and play on top of your beat. It won’t be recorded and you can get a feel of what might sound good. Below is a quick 30 second video example to give you an idea.

It’s really that easy to create something that’s catchy and your own. Of course you can save the songs that you’ve created within Figure, but there’s also the ability to share those tracks with the Figure community as well as Facebook and Twitter.

The only downside to this app is that there’s no way to save the song locally other than within the app itself. A workaround could be importing it into Garageband and exporting it that way, but local saving should have been added a long time ago. 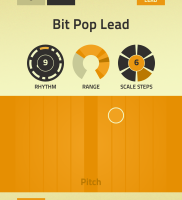 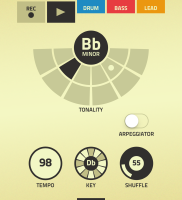 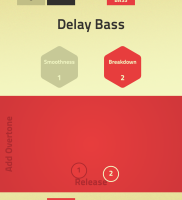 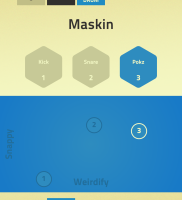 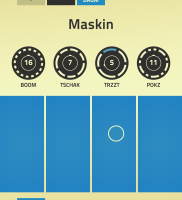 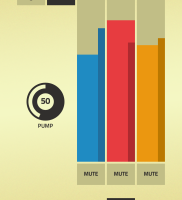 Figure is a great gateway into music creation and can be picked up by anyone. You’d be hard pressed to make it sound awful and it’s easy to get lost for a couple of hours experimenting. Try it out and see if you have a creative bone hidden away, the app is free so there’s no reason not to try it.

Satisfaction – High if you stick with it

For something a little different, TAppday this week is Figure, created by the good...