Yes you read that correctly.  I think that Motorola should make a new QWERTY slider smartphone.

I know I know, the idea seems like we’d be digressing into the past with hunky clunky bricks, but hear me out on this one.  Right now BlackBerry is the only manufacturer that is making QWERTY sliders…and one is going to be full-blown android.

That just seems odd to say, but it is very refreshing.

BlackBerry will now have a presence in the android community with, what is considered by 2015-standards, a niche product.  If there are folks who want a physical keyboard, they finally have a choice.  This is what makes android so desirable.  You can find the perfect phone to fit your needs.  Like the commercials, “be together, not the same”.

Android wants you to have choice

So why should Motorola get into the game of making a QWERTY slider?  A QWERTY slider device is what made them a powerhouse in the android market.  That device was the original DROID.

People on every inch of the internet still rave about their original DROID.  Heck, some even started a change.org petition to get a new QWERTY device from Motorola.

The QWERTY DROIDs sadly ended with the DROID 4 in 2012.  Even though it was three years ago, in tech time it might as well have been the early 1700’s.

Why did Motorola never follow-up with a DROID 5?  There are probably two main reasons.

First, there was a “lack of interest”.  The change.org petition only had 956 supporters.  In the grand scheme of things, Motorola would probably have had a poor return on investment (ROI) if they had gone through with making a new DROID 5.  Oh and since it was a Verizon-exclusive device…well…that makes the idea of producing a new QWERTY device even more absurd.

Second, on-screen keyboards started to become good.  Very good.  In 2013 Swype keyboard was introduced to the Google Play Store and the rest is history.  Now practically every android device has the option of finger-swiping on-screen keyboards because it is built into the operating system.

Despite all of this I still believe Motorola should make a new QWERTY slider.

It would give them the opportunity to get back into the game that they started.  They could brand and market it like they are going back to their roots… boast that they are the ones who do physical QWERTY keyboards best.

Motorola would also not have to play catch-up in case the physical QWERTY thing takes off again.  There is nothing worse than being late off the starting block in a viral market where fads take off and burn out like fireworks.

In their current arsenal of devices, they have the Moto X, Moto G, and Moto E.  It is great that they consolidated on three quality products instead of going the Samsung route of having too much diversity.  When you pick up the Moto X, you know that is the best Motorola device that you are getting.

I think that a fourth device could sneak in there though.  One that is not locked to a single carrier.  A QWERTY slider that could complement the current Motorola naming convention with ease.

Short for Motorola Type, it is a perfect name.

You heard that name here first, from Kev on mobileFreq.  Motorola, if you want to hire me to make this a thing, let’s do it.

Back to the real stuff.

The Moto T would be a challenger to the upcoming BlackBerry Venice.  One of two possibly great QWERTY sliders on the market.

Physical QWERTY keyboards are great because you have a tactile click so you know exactly what key you pressed.  From the olden days, I remember that you could also memorize the keys and type a complete text without having to even look at your device.  Try that with a current smartphone.

This new device wouldn’t have an on-screen keyboard taking up half of what you are looking at. 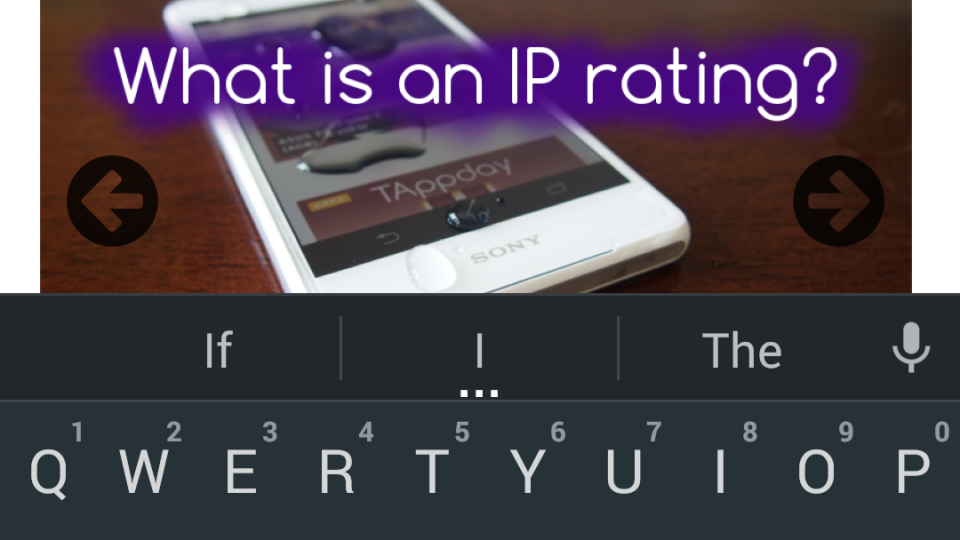 A device that fits the Motorola theme: affordable, appropriately named, and available to all.

The alter ego of the Moto X.  Same software and internals, but with a different shape.

The Motorola Type.  The Moto T.

If at the very least Motorola should get going on an attachable QWERTY accessory.

It might not be the most elegant way of doing it, but it would be functional and give android users a choice.  Maybe build it kind of like the keyboard covers that the Windows Surface has.  Heck, it might sell more Moto X’s if it was proprietary.

So wrapping up, I think Motorola should try a new QWERTY slider.  I know they can do it.  They design some of the most beautiful devices around.  It might be a bit of a gamble, but it could pay off.

What do you think?  Would you ever want a top-of-the-line physical QWERTY slider?  Do you think that it is too much of a gamble and BlackBerry will be the only one with the niche product?  Let me know in the comments below!

Yes you read that correctly.  I think that Motorola should make a new QWERTY slider...