At Google’s annual conference they announced the Pixel C, the first Android device created wholly by Google themselves. Looking like a sibling to the Pixel Chromebook, it has the same aluminum body as well as the 4 color light bar along the back. Google looks to have put a lot of thought into creating a device that showcases not just Android Marshmallow but also that it too can have a great 2-in-1 device.

The Display and Thickness

The Pixel C is sporting a huge 10.2 inch display with a resolution of 2560 x 1800 and is really thin at just 7mm thick. For myself personally, I prefer the 7-8 inch range of screens but having a screen size of 10.2 inches would be great for those of you who are artistically inclined and like to draw. It would also be great for watching movies and those YouTube videos of kittens having a bath.

Reports are that the internals include an NVIDIA Tegra X1 along with 3gb of RAM so it’s no slouch in terms of power. The NVIDIA Tegra X1 is currently one of the top rated mobile processors so the Pixel C will be able to keep up with whatever you throw at it. Included is an 8mp camera on the back and a 2mp camera for those selfies/ video calls to mom. 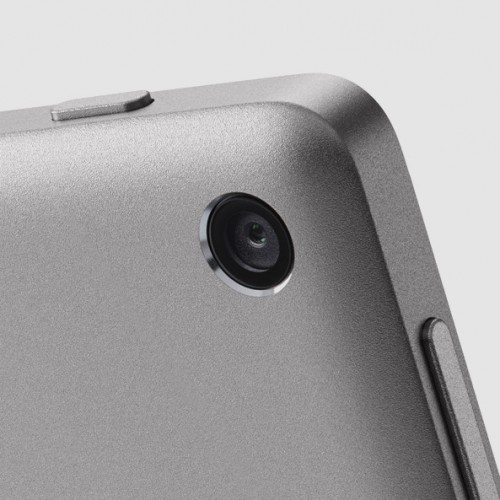 The Pixel C will be one of the first devices to be running the new Android 6.0 Marshmallow OS which brings a number of improvements including the new Doze mode which, when active monitors usage and shuts down unnecessary background processes when it senses the device hasn’t been moved in a while with the screen off. Google predicts it to increase battery life by up to 30%.

The “C” stands for convertible as it sports an optional keyboard that locks into place with strong magnets for those of you who prefer the feel of keys rather than typing on a touchscreen. The angle is also adjustable to you can find the correct position that feels comfortable to you. 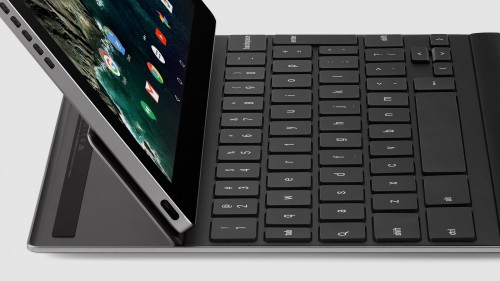 While I included the keyboard in the “things to appreciate” section, the price of $149 seems pretty steep considering it’s really just a Bluetooth keyboard.

Currently there’s no news as to whether or not there is a slot to expand your storage so for the time being this can stay in the head scratchers section.

While the release date hasn’t been announced any further than the holidays, 2015 we know that pricing will start at $499 for the 32gb version and $599 for the 64gb version. As mentioned above, the additional keyboard will be $149. A bit steep for an accessory but it’s there for those of you who want the whole package.

With Kevin’s reaction coming up next I’ll write a few quick words and say that I think Google is heading in the right direction with the Pixel C. It’s a premium looking device that should really help to show off the next version of Android, while winning over customers who possibly thought that Android tablets have felt on the cheap side. Google shows what can be achieved when some thought and attention to detail is put into creating an Android tablet.

How do they work?  All jokes aside, I love the idea of magnets keeping your gadgets connected.

These aren’t just your average magnets either.  The magnets on the Pixel C are wicked strong.  So much so that Andrew Bowers, Director of Product Management at Google, had enough confidence to completely flip the Pixel C upside down while giving it a bit of a shake.  That could have gone horribly wrong, but you gotta love that the product does exactly as they state.

The Pixel C is a very sharp design.  It is very clean and elegant.  Only one port is on the edge of the Pixel C and it is USB-C.

Pixel C’s screen has the same ratio as a standard piece of paper and will be packed with pixels.

The Google-colored LED lights on the back of it are kind of nifty too.

Well it is touted as being the first all-Google made tablet.  You would think that it would come with the Nexus name right?  Nope, it is the Pixel C.  I guess we can’t complain if it will be running Android Marshmallow 6 from day one.  Oh and since it is the first all-Google made tablet, I’m assuming that means it is locked in for updates for a long time…like a Nexus…but it isn’t.  They promise updates, “every six weeks” so we will see.

This is probably the only thing I disagree with James on.

If you are looking at the Pixel C as a straight up tablet/iPad competitor then there is nothing wrong with Android Marshmallow.

When you want to pit it up against the Microsoft Surface…well that is where the Pixel C falls short.  You have a tablet OS competing with a full desktop OS.  The Surface can run any Windows software out there.  The Pixel C is limited to just the Play Store.

As James mentioned before, the price of the Pixel C keyboard is $150 and $500 for the tablet itself.  I don’t think I could justify buying this over a Microsoft Surface when they cost the same.

The keyboard doesn’t have a touch pad and the Pixel C has no expandable storage.  I think Microsoft may have won this year.

Wrapping up I like the Pixel C.  I just personally don’t think I’d ever own one.  Surely there will be people who will find the Pixel C to be the perfect tablet for them.  It is great for competition because whatever the Pixel C thrives in, it will surely push Apple and Microsoft to up the ante.  I just don’t know how it is supposed to, “reinvent the tablet experience”.  We will have to see!

At Google’s annual conference they announced the Pixel C, the first Android...