As Kevin has already given you a quick rundown about what Google announced at their most recent keynote I’ll dive straight in and give you my reaction to the more affordable of the two phones announced, the LG Nexus 5X. Let’s get started!

The Nexus 5X is sporting a new 12.3MP camera that includes 1.55μm pixels. That basically means it can capture more light in conditions such as a dark room or at night. DxOMark, a company that tests and rates cameras on varying devices currently rank the Nexus 5X’s bigger brother, the 6P who it shares a common camera with at 3rd on their list of best mobile cameras. Included is a dual tone flash as well as a laser autofocus and 4k video. I should mention that DxOMark runs these tests within a lab so we’ll have to wait and see how the 5X handles real world conditions. 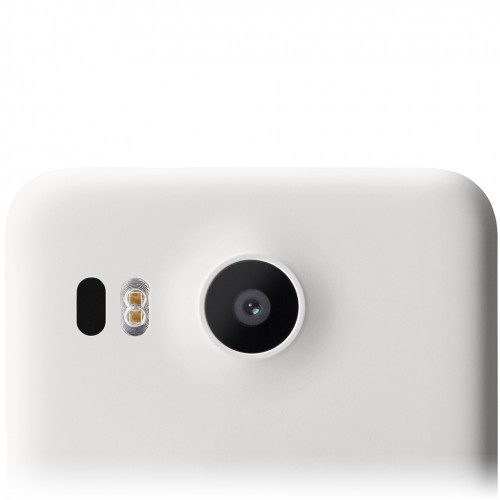 The Nexus 5X sports a dual-LED flash along side its 12.3 MP camera

Included on the Nexus 5X is a fingerprint sensor to allow you to make use of Android Pay which recently launched. It allows you to pay for goods at a number of stores in the US with the number sure to grow. It’s also used as an extra layer of security for your device so you aren’t relying on simple pass codes to access your device.

The Nexus 5X is happily chugging along with a hexa-core Snapdragon 808 processor as well as 2gb to help you multitask without slowing down. The Snapdragon is a strong processor to place in a phone at this price point but be aware that it’s been known to heat up a bit. At least you’ll have warm hands in the coming winter. The Nexus 5X also comes with your choice of 16 or 32gb of storage. Displaying all those selfies of you and your cat is a 5.2 inch screen running at 1080p protected by Corning Gorilla Glass 3. 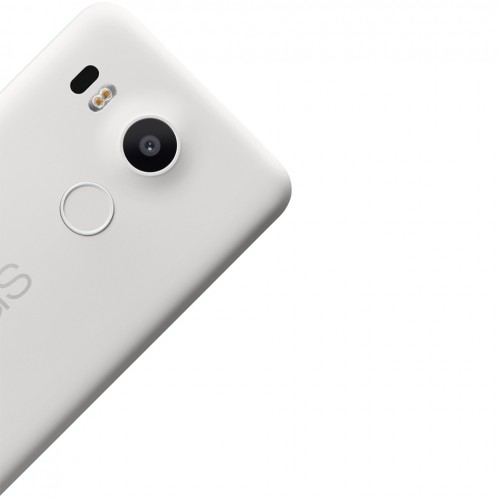 The LG Nexus 5X has a fingerprint scanner!

The Nexus 5X coming with only 16 GB of internal storage at the lowest price point is disappointing. That may be fine for a basic user who doesn’t plan on installing too many apps or taking too many pictures but when you only have realistically 12 GB of storage with a camera that takes 4k video, it will fill up quickly. Hopefully device manufacturers will catch on soon and give the people what they want, or at least include a slot for additional storage.

While the Nexus 5X supports the new standard of USB which allows you to insert the cable into the phone either up or down and supports faster transfer speeds, the cable provided is Type-C to Type-C. This basically means that rather than the standard of Type-C to Type-A that allows you to connect your phone to the standard USB connector used on 99% of computers and devices, you’ll be stuck forking out another $10-15 for no reason at all. It just seems like a really odd choice to make considering the Nexus 6P by Huawei comes with both cables.

The camera included on the Nexus 5X looks to be great but there’s no Optical Image Stabilization. This allows the lens within the camera to float and helps with the shakiness of the human hand to take clearer images without motion blur. Again, this seems to be an odd choice when the camera looks to be otherwise great in most conditions. We’ll have to wait for real world testing before making a real decision. 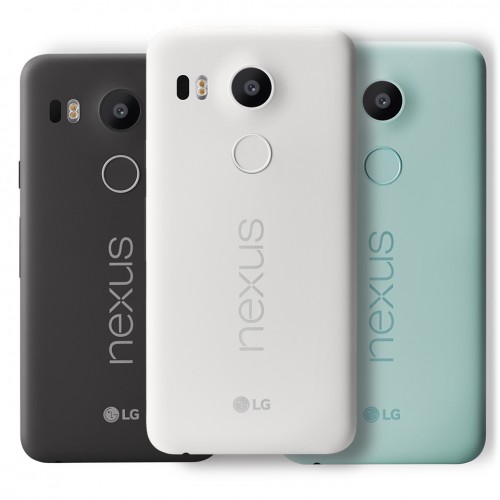 Three colors to choose from!

So there you have it! That’s my quick reaction to the LG Nexus 5X, which launches this month for the starting price of $379. As a bonus, if you pre-order before October 25th 2015 you get a bonus $50 credit for Google Play that is given once the device ships. Google is also including 90 days of Google Play Music to new subscribers when you buy the phone.

When I get my hands on a LG Nexus 5X, it will be quartz.  It is such an awesome color.  I don’t think I’ve seen a device have anything like it before.  The Lumias have their very vibrant colors, but this is more…sophisticated.  It doesn’t jump out at you and scream, “Look at me!”.  The Nexus 5X in quartz (aka “Hero Blue”) is softer spoken, but still catches your attention. 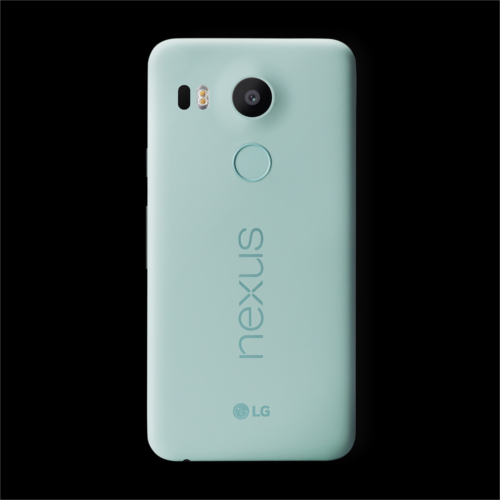 The Nexus 5X in quartz is an eye-catcher.

LG and Google go together like peanut butter and jelly or graham crackers and…marshmallows.

LG has a great track record of making Nexus devices and I trust them with this one.  They might be one of the few companies I would want making a Nexus.

Like the Huawei Nexus 6P, the LG Nexus 5X comes with an all-new USB-C port.  Plugging in your Nexus 5X at night will no longer be a problem like the older micro USB cables because USB-C works both ways.

If you can’t afford the Huawei, the LG Nexus 5X will suffice.  At $379 off-contract this is a really good deal.

It looks…odd.  The Nexus 5X doesn’t look horrible by any stretch of the imagination.  It just looks too plain Jane.  Kind of seems like LG took a step backwards in the design department from the Nexus 5, which looks gorgeous even to this day.

Also, that camera bump on the back could have been evened out along with the fingerprint scanner.  Bring the rest of the back up flush with it and throw a bigger battery in there.

I’m going to agree with everything already stated by James.

Probably the most disappointing thing in my opinion.  I really wish that it had stereo speakers on the front.  Every phone should have them.  Consuming media is so much better in stereo.  Darn.

As Kevin has already given you a quick rundown about what Google announced at their...