Rapid Reactions, oh how I love them.  We get to give our initial thoughts on a device that we have yet to actually play with.  The goal is to see if our views change when we eventually get our hands on the real device and use it for a week or two.

I’m digging the trend of manufacturers bringing the SD cards back.  We need our physical storage!  With Android Marshmallow comes the ability to treat your SD card as internal storage.  Booyah.

The DROID Turbo 2 has 32GB of storage built-in with the option of up to 2TB with an SD card.  Yes you read that correctly.  I can’t wait until 128GB cards drop in price.

Motorola’s newest display technology.  The DROID Turbo 2 has a shatterproof display that are warrantied…yes warrantied, not guaranteed…for four years of use.  That is seriously awesome.  They are serious about it too.

Scratches are not covered by the warranty, but in the long run I don’t think I’d care.  Also, the display is built with five layers and the outermost slab of glass is user-replaceable.  This is great because now you won’t have to send your phone in to get fixed.  Good work Motorola.

Motorola packed the DROID Turbo 2 with a big, beefy 3760mAh battery.  Woah.  They are saying it should get you through two days of usage on a single charge.

Should you severely drain that battery, you can quickly charge the DROID Turbo 2 for 15 minutes and get an extra 13 hours of battery.  Wow.

Motorola and Verizon finally got their flagship DROID to have on-screen buttons.  Hopefully the days of capacitive buttons are behind us.

The DROID Turbo 2 has the option to be customized through Moto Maker just like the Moto X and Moto G.  So instead of being limited to just your typical black/red color scheme, you now can deck out your Turbo 2 to fit your style. 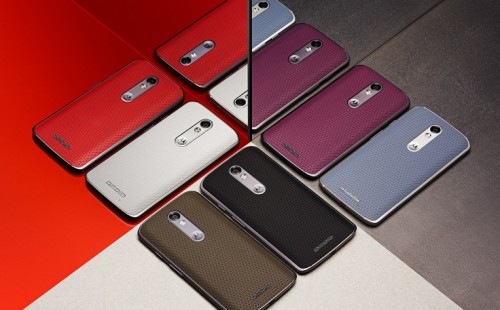 You can customize the DROID Turbo 2 in Moto Maker

A 5.4 inch display covers the front of the DROID Turbo 2.  It is 1440p and somehow manages to get two days of full use?  Holy crap, Motorola, you done did it.

Yup, the DROID Turbo 2 supports BOTH PowerMat and Qi wireless charging.  I think it is wonderful that they are leaving it up to the consumer to decide what they want to use.

I think it is really neat that you can send your DROID Turbo 2 back and get it customized again in Moto Maker within two years of use.

You’re also not getting your phone back.  They will send a “like new/refurbished” model.

The bottom speaker just does not look good.  I get Verizon wanted to get their logo on the Turbo 2 somewhere, but I do not think that was the place to do it.  It seems like they designed the speakers around the logo.  It kind of looks gross because it breaks up the flow on the front.  I do like what they did with the MAXX 2 instead. 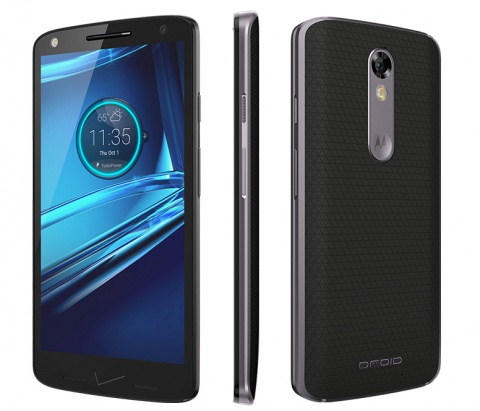 The speaker seems out of place.

If they can make their Moto G IPX7 waterproof, which is $179 off-contract, why can’t they do the same with a flagship device?

Overall it doesn’t seem like a terrible device.  I just feel like they could have been better in a few areas.  We’ll have to wait and see when we review it!

Rapid Reactions, oh how I love them. We get to give our initial thoughts on a device...