You’re driving down a countryside road to visit your Aunt Betsy for the holidays.  She makes the best ham that you’ve ever tasted.

It’s already been a three-hour drive and your back is starting to get sore.

Aunt Betsy lives down a side road that you can never find where even Verizon’s signal can’t make it.

The directions are soggy from sitting underneath your Gatorade bottle.  What do you do?

Developed by Nokia, HERE Maps is an incredibly useful navigation app for both iOS and Android.

Actually, before Microsoft acquired Nokia, only the Lumia devices were blessed with HERE Drive+.  That changed when the Windows Phone 8.1 update rolled out and all users could take advantage of the superior app.

I was one of those who immediately downloaded it to my HTC 8X and still continue to use it to this day.

The app has managed to find its way to Androids running Jelly Bean (4.1) and above along with iPhones running iOS 7.0 or higher.  It’s gotten great reviews.

So what really makes HERE Maps stand out from every other navigation service?

But Kev, Google Maps allows you to download maps as well!

Indeed it does, but it only allows you to capture a particular area up to 175 megabytes in size. 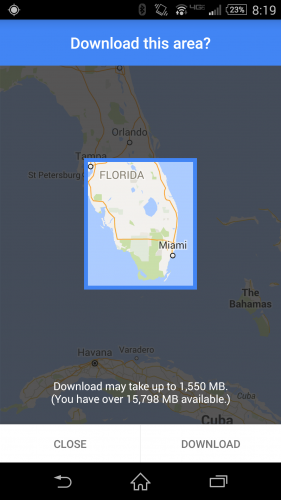 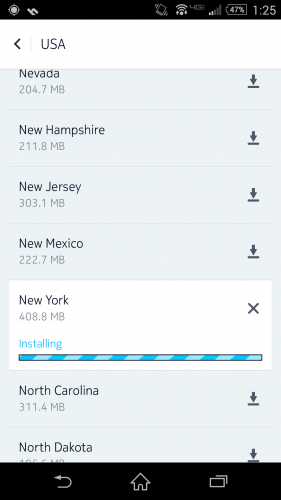 HERE Maps on the other hand gives you access to entire states or even an entire country… fully downloaded… completely available offline.

If you happen to have a phone with an SD card you’re in luck because HERE Maps gives you the option to save maps to internal or external storage. 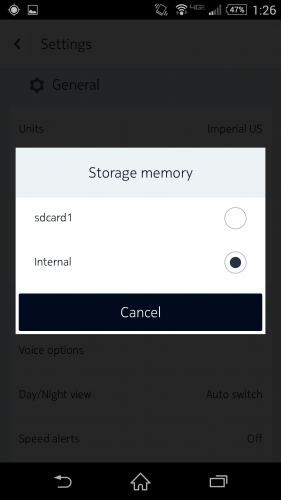 Save to an SD card! 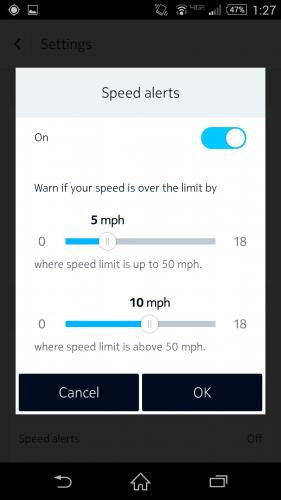 Speed Alerts keep you and others safe

This may be the only “negative” of HERE Maps.  If storage is limited on your iPhone or Nexus, you might not be able to keep as many maps as you want.

The user interface is very intuitive and there is a setting for just about everything.  Very easy to navigate within this navigation app.

My favorite setting is Speed Alerts.

With Speed Alerts you can set warnings for when you are going over the speed limit.  One limit for speeds up to 50 mph (80 km/h) and speeds over 50 mph.

For instance I set the warning to go off at 5 mph over the limit for the lesser speed zones.  This would be more for traffic involving pedestrians so I’d want to watch my speed more closely.  With the higher speed zone I set it to 9 mph over because it would most likely be on a thruway.

Going over the Speed Alert will result in a loud obnoxious beep telling you to slow down.  I really think it’s useful and can help with safer driving.

I turned off WiFi and mobile data to see how fast HERE Maps would give me directions.

It just makes sense to use HERE Maps as your daily driver navigation app.  It saves phone battery by not constantly updating over data and has a very simple layout.

You will need to make a free account in order to use it.

I highly recommend HERE Maps over any other navigation app.

Ease of use: Very easy

You're driving down a countryside road to visit your Aunt Betsy for the holidays....