The other day I posted an article about Verizon Wireless offering customers a free pair of Star Wars themed Google Cardboard.

I finally had an opportunity to travel to the closest corporate Verizon store to see if I could get me a pair of the cool origami spectacles.

Here’s the update and my time with Google Cardboard over the weekend.

To start my quest for cardboard I went to a Cellular Sales store to try my luck.

For those of you who don’t know, Cellular Sales isn’t technically a real Verizon store…it’s just an authorized retailer.

I walked in and asked if they had the Star Wars Google Cardboard.  The employee who was trying to help had no idea what I was asking for.  Another employee tending to a customer said, “People have been asking us that all day, I have no idea why.”

I drove to the closest corporate Verizon Wireless location and my luck changed.  It was the Holy Grail of Star Wars Google Cardboard.  One employee was already showing two customers how to fold it up and use it.

All I had to do was politely ask for the freebie.  Not once did I have to confirm that I was a Verizon customer.

If you’re a Sprint, AT&T, or T-Mobile subscriber you can easily grab Google Cardboard from a Verizon store without being questioned.  Go get one!

Once I arrived home I immediately folded the contraption together and downloaded the official Star Wars app.

I opened the app and placed my Sony Z3v in Google Cardboard.

Oh boy was it cool.

The Star Wars intro crawled across my vision and then started a little 3D animation.  If I decided to turn my head to look somewhere else, I could see   different things going on.  All scripted of course.

Han Solo saved me from two TIE fighters and BB-8 showed me a transmission. 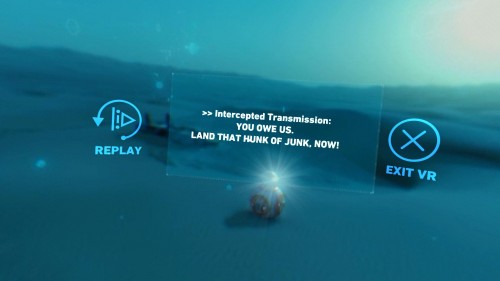 The entire experience probably took about a minute and was more like an interactive PowerPoint.  They are releasing different clips at certain times to tease you for the new movie.  It was neat.

I decided to check out the Google Cardboard app.  This was a better way to use Cardboard.

There was a world that looked a bit like Minecraft and was more interactive.  Interactive meaning that I could use the single button to select certain items after rotating my head to target them.

Oh and my phone felt like it was molten silicon.  It got wicked hot.

I must say though the front stereo speakers made it much more enjoyable.

Overall it was fun.  It wasn’t great or completely immersive, but I think it’s a good step in the right direction to get users excited about virtual reality. 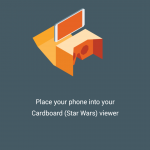 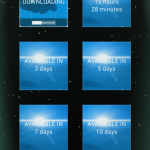 Get excited for the movie. 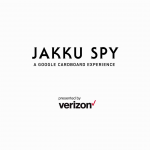 The other day I posted an article about Verizon Wireless offering customers a free...