As Benjamin Franklin once said, “In this world nothing can be said to be certain, except death, taxes, and email.”

I’m pretty sure he said that.

Most of our smartphones come with preinstalled email apps that do exactly what we need.  They allow us access to our email accounts.

However, sometimes it’s nice to check what other options are out there.

Some email clients have cleaner user interfaces and others add more functionality.

Alto mail does both.

It is an incredibly simple layout and I am a huge advocate for simplicity.

Alto doesn’t overwhelm you with tons of irrelevant features.  It has the basics with a few extras which is nice.

In the left sidebar, which could also be called the main menu, Alto displays different “stacks”.  These stacks are quick filters of your email content.

This is the type of extra functionality that doesn’t add any bloat.  It’s very useful.

Beneath the stacks you will have the basic email folders such as Inbox, Drafts, Sent, Trash, and Spam. 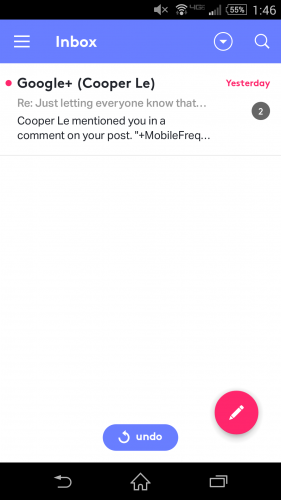 Developed by AOL Inc, the app just seems to glide through transitions like a knife through butter.  It seems incredibly well-coded and I have yet to have any stutters or issues with the email client.

I can’t say for iOS though because it only has three reviews with a perfect 5 star rating and doesn’t say how many times it’s been downloaded.  This might be due to the built-in Apple email app already being very well-done.

With Android, pre-installed email apps tend to differ a lot more and users are probably more apt to try different apps to get the look they want.  One reviewer on the Play Store noted that Alto doesn’t have a vibrate setting.  While it is a bit disappointing, I don’t think it warrants a 2/5 review.

Let it be known that the Android and iOS apps look practically identical which is great.  There are like maybe one or two minor things that are different, but you’ll probably never notice.

If you want to send feedback to the Alto dev team, in the top right corner of the menu/sidebar you can touch the question mark icon and it will send them an email with your thoughts. 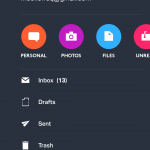 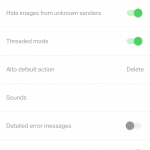 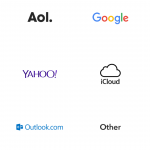 Another feature I find useful is the dashboard.  It normally shows you the current local temperature.  The dashboard is basically Google Now with the cards, but for email-specific.  Kinda neat.

Finally, Alto doesn’t have any in-app purchases or advertisements.  I used to really enjoy the myMail app, but it got a bit tiring of seeing the ads at the bottom of the menu.  Good job AOL.

Ease of use: Very easy

Email email email. As Benjamin Franklin once said, "In this world nothing can be...