Having spent four weeks with an Android Wear smartwatch one might want to know if it is simply a gimmick or does it provide value through an increase in productivity?

Does it hit a point where getting notifications on your wrist becomes annoying or do you feel like James Bond?

Stick with me for the next few paragraphs and absorb what I have to share about the first generation Asus Zenwatch.

After receiving my first generation ASUS ZenWatch as a gift, I wanted to spend some real-time with the watch and figure out what it really provides after the novelty factor wears off.  Heh…[Android] wears.  Before we begin, let’s go over the hardware. The first generation ZenWatch runs on a Qualcomm Snapdragon 400 running at 1.2GHz along with 512MB of what seems like a small amount of RAM. It has 4GB of storage for your various apps or watch faces and displays all that goodness on a 1.63 inch screen.  The screen has a 320×320 resolution.  I haven’t seen the battery dip below 50% after a full day of use so you might be able to stretch it to two days before needing to charge it back up.

Pairing the watch to my phone, also an ASUS device, was a breeze. You simply install the Google Wear app on your phone, turn on bluetooth, and follow the directions. Once that’s done, it takes about 10-15 minutes to install any apps that you have on your phone that are compatible with the watch. After that it’s go time!

The first thing I did was dig straight into playing with every watch face available.  I only found a few watch faces from ASUS that I would actually use. Some of them looked kind of cheap and others just didn’t fit my personal style. With that being said, there is a large amount of watch faces available through Google Play so that you can customize to your heart’s content. 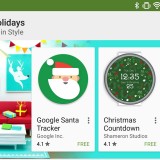 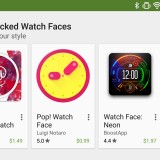 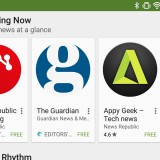 One thing I really like is the ability to leave the watch display on. Usually the screen is dark until you flick your wrist up, but this doesn’t always work correctly so you’re left tapping the screen to see the time. With the display set to always on however, every watch face I’ve come across has a minimal black and white version so that the time is still visible without wasting your precious battery. Some watch faces succeed at this effect better than others as you can see in the screenshots below and I guess it comes down to personal preference whether or not you’ll have your screen off until you flick your wrist. 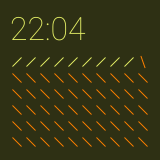 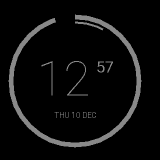 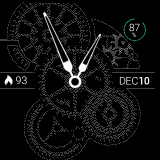 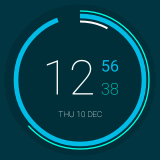 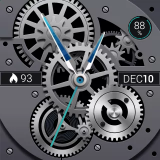 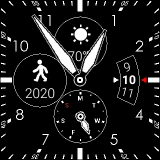 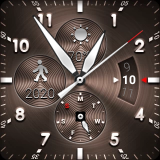 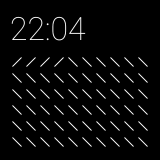 Talking of flicking your wrist, there are motion gestures that can be triggered by rotating your wrist to control your notifications that pop up. Roll up to move down through them, roll down to go up. I found this to be a little awkward, but it could come in…handy… when your arms are full and you just have to see what’s making your wrist vibrate.

Apps are downloaded onto your phone and then a companion app is added to the ZenWatch through Bluetooth. There are a number of apps available for Android Wear such as Amazon, BBC News, Google Keep, Spotify and my personal favorite… Pizza Navigator. It takes a few seconds to load up but once it does you are in for a treat. It literally points you to the 5 closest places to buy pizza from. I’m not sure I’d ever get any use of it, but the fact that someone thought of this is just fantastic.

Editor’s note: Kevin WOULD use this and is considering buying a smartwatch JUST for this purpose. 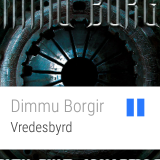 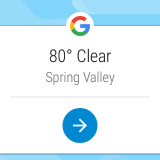 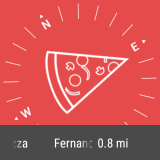 Spotify is also great as it allows you to control the volume, skip forward or back, and load up your most recent playlists without having to take your phone out of your pocket.

The ASUS ZenWatch comes with Google Now built-in and you simply say “OK Google” when your watch face is active to use the same functions that you can with your phone. This comes in handy when you want to quickly take a note, or look something up without having to reach into your pocket.

I’ve had varying success with the Google Now feature, but it really comes down to the fact that I’m a Brit living in the States with my phone language set to US English and it sometimes struggles to understand my accent.  I should mention that having Google Maps on your wrist is absolutely awesome.  Just looking at your wrist for your next turn is simple and intuitive.

Also included with the watch is a few ASUS apps that have varying degrees of success. Included is a compass, a flashlight, weather, and the Wellness app.

The compass could come in handy, for those times when you get stuck in the middle of nowhere, but rescue can be found within the range of the watch’s battery.

The flashlight is absolutely useless and just makes the screen white and bright.

The Wellness app is a fitness tracker allowing you to track steps taken, calories burned, general ‘relaxation’ and allows you to record your heart rate. While the app does well with keeping an accurate step count, I found the app to be obsolete when Google Now updates you with your steps taken on a fairly regular basis. The heart rate monitor is also finicky, only working with varying degrees of success. 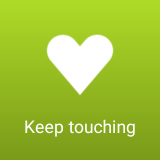 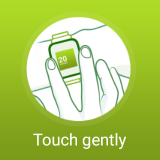 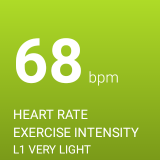 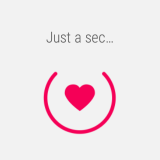 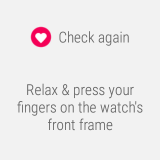 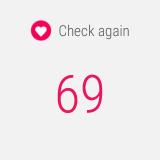 So what would be the main selling point for Android Wear?

Overall, I’m very happy with the first generation ASUS ZenWatch. It’s a practical compliment to Android or iOS and looks great. Getting constant notifications on your wrist rather than your phone isn’t as bad as I thought it might be, other than when someone calls and your wrist starts vibrating while taking a nap (it happened).

There is a ton of watch faces available so you’ll find something to fit your personal style and you always have the ability to swap it out if you get bored. I find myself swapping the watch face every few days just to try something new.

While the watch connects only through Bluetooth, rather than WiFi and LTE like some of the newer Android Wear watches, I’m fine with not getting notifications if I’m away from my phone for 20 minutes while cooking. It just becomes a regular watch and that’s fine with me. 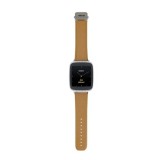 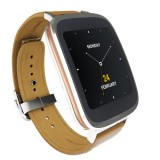 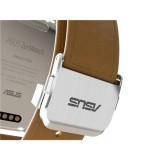 Having spent four weeks with an Android Wear smartwatch one might want to know if it...