Have you’ve gotten so used to ridiculously low amounts of storage on your phone that it has become the norm to just automatically upload then delete your pictures as soon as you take them?

Maybe you have one of two particular devices that has 16GB of storage and no SD card support?

If you are an Android or iPhone user you might already use Google’s or Apple’s built-in backup options for your photos.

These are great alternatives to Flickr, but come with a price.  Literally.

The iPhone users will have 5GB for free on iCloud, but will need to upgrade to a monthly storage plan once space runs out.

On the flip side Android users get “unlimited” storage to backup their photos, but the picture is reduced to “high quality” so they won’t be the originals.  If the originals are what you’re after, myself included, you can choose to backup in this way, but these files go towards your free 15GB Google account.  Again, after you run out of room it’s off to a plan to keep your photos.

I like the best of both.  Free storage and original photo dimensions are what I’m after and if you are too, then you should download Flickr.

Flickr right from the get go gives you 1TB of storage to backup your photos.  Yes, ONE WHOLE TERABYTE.  One thousand gigabytes.  That’s a lot.

Now this isn’t new news, but it cannot hurt to remind people about the service every so often.  Heck, there are tons of new smartphone users everyday who might not know about Flickr so it is applicable to them as well.

There are a few reasons I prefer to backup my photos on Flickr.

First of all it’s free. It also is a very intuitive app.  When you first install Flickr on your device it will ask you if you want to opt-in to the 1TB of photo backup.  Their service is called, “Auto-Uploadr” and it requires a Flickr/Yahoo account.  A small price to pay in my opinion.

Once you confirm your choice you don’t really have to mess with the settings again.  If you do, there are only about four settings total.  Again, very simple and easy to understand.

Another reason I like using Flickr is for the peace of mind that all of my data or personal files aren’t in one central location.  If, for whatever reason, my Google account were to be hacked or locked-out, I wouldn’t be able to access my photos.  Maybe someone was feeling extra vile and deleted all of my photos.

Maybe it’s just me, but I like using different products for different uses.  Flickr pretty much has the photo thing figured out because it’s what the service is about.

My favorite feature is that you can see all the camera data from each picture that you, or others, take. Raw data from the iPhone 6s

Along with the storage comes their own social network where you can share your best captures with like-minded people.  You can find some amazing photos on Flickr that can be downloaded in their original quality to use as wallpapers.  The community is very welcoming by nature and easy to get constructive feedback from. 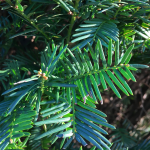 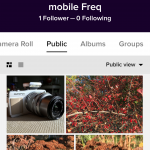 Overall, the Flickr app is a must-have for any iOS or Android user.  It would be one of the first ten apps that I’d install on any new device.  It’s just too useful not to take advantage of.

Kik has a new Bot Shop

Have you've gotten so used to ridiculously low amounts of storage on your phone that...