You just got a brand new iPhone.  It is currently sitting in the shrink-wrapped box because there was no way you were going to let the Apple employee be the first to touch it and set it up.

The plastic is ripped off like it is Christmas morning.  Apple’s perfectly designed box easily slides apart and there it is, your iPhone.

This isn’t the first time you’ve seen these welcoming messages flash across your screen, but you love it every time.

After the initial setup you are met with the iPhone’s home screen.  This however is something that you do not love every time.

Like every iPhone and iPad user before you, you create the inevitable “Junk Folder” and hide it on the last page of your device so it is clearly out of sight.

The now hidden Junk Folder contains apps that Apple pre-installs on every one of their iOS devices that you cannot delete.  You just have no use for them because you have other apps that you prefer.  Better apps.  Alternatives.

Here is my list of alternatives to every pre-installed iOS app. 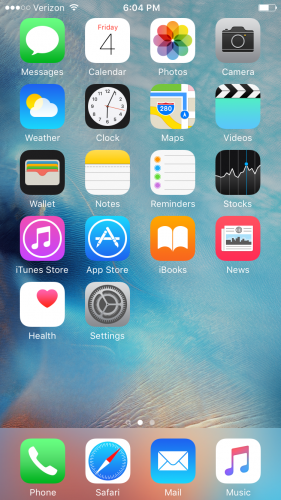 Let’s start in the top left with Messages.

Kev, why on earth would I ever want to use something other than Messages as an iPhone owner?

That is a great question.  I have no justifiable answer!  I love Messages as much as the next iPhone user, but for the sake of this post I’ll recommend my alternatives.

Instead of using Messages try out Google Hangouts, WhatsApp Messenger, or Talkatone.

I prefer Google Hangouts because I often am switching between iOS and Android so I feel right at home with my Google account constantly synced up.

Apple’s calendar app is another app that is pretty darn good, but we are here for choices!

Take a look at Cal by Any.DO.  I stumbled across this calendar app while playing on Android funnily enough.  It looks gorgeous and has a great layout.  Managing a calendar is actually kind of fun with Cal with the option to use background pictures for particular events.  It syncs up with your computer and their task managing app, Any.do, which again is a personal favorite.

The iPhone Photos app isn’t really replaceable due to the fact that every time you take a picture using the default camera, the photo will automatically be stored there.

However, iPhones and iPad are notorious for having low storage options so you will want to backup your photos to an external drive or online service.  I recommend Flickr for all of your iPhone photo backup needs.  You get 1000GB of free storage that will automatically backup every picture you take.  It’s wicked convenient.

Apple’s Camera is another that I really wouldn’t replace right from the get-go.

The great thing about Apple’s camera software is that it is easy-to-use and can produce a pretty good image.  It makes the most of that Sony sensor.

There is an alternative though and it is called VSCO.  It adds “pro” features that the Apple camera lacks and has it’s own social media network.  VSCO is free and has in-app purchases, but I think they are worth it.

Yesterday I honored AccuWeather on Tappday and it will still be my top choice.  I almost feel obligated to since AccuWeather got its start in Happy Valley at my alma mater, Penn State.

There is no real need in changing the Clock app from Apple.  It is one of the few (only?) apps that acts like an actual widget!

Now the next app is one that you will definitely want to replace.  Apple Maps.

It has gotten better since the fiasco a few years ago, but I still have a hard time trusting it.  I do trust HERE Maps from Nokia and Google Maps from…well… Google.

HERE Maps will give you full offline directions for free.  I wrote a Tappday review about it and it is considered one of my Must Have Apps.

Google Maps is pretty much known by just about everyone and I really do not need to explain further.

Apple Video is another tricky one since it syncs with your iTunes account so it really should not be hidden.  I use it to watch movies that I have bought on iTunes from gift cards.

I know it is hard to imagine, but there are several other streaming video services out there that easily replace the native Videos app.  Here’s a quick list:

There is no substituting the Wallet app on your iPhone so we will move on to the Notes app.

There is one app in particular that will always stand out to me on iOS for note taking and it is called Notability.  I love that app.  Notability got me through college.  You can read my quick review here.

Can Reminders be dismissed?  Of course!

Remember Cal by Any.DO from earlier?  Well now it is time to talk about Any.do!

Any.do is my favorite task managing app around.  It is so easy to use and has a great concept.

The app will organize your events into four different categories: Today, Tomorrow, Upcoming, and Someday.

Based on when you schedule an event it will automatically update itself to move further up the list into a new group.

Next is the Stocks app.  I feel like I am not qualified to talk about this topic so I will neither recommend other apps or whether you should hide it.

The iTunes Store and App Store apps are irreplaceable.  They are at the core of the iOS operating system and are necessary for your iPhone to function so don’t hide them unless you have no desire to enjoy your iPhone.

An alternative to Apple’s iBooks app is of course Amazon’s Kindle app.  I have always bought books on Amazon so that is why I recommend it.  Having my iPad, Android phone and MacBook Pro all sync up is great.

This next iOS app…oh boy…take your pick.  It is the News app and there is pretty much a plethora of newsfeed apps to download as alternatives.

Take a look at Google Play Newsstand for the “anti-Apple” feed app.

I also use Flipboard on my iPad and Feedly on my Android even though it is also on iOS.

What can we replace the Apple Health app with?  Again, like the newsfeed category you have a boatload to choose from.

I like the combination of Garmin Connect for my Vivofit activity tracker and MyFitnessPal for food tracking.

We are finally at the bottom bar of the iPhone!

The Phone app can be swapped out for Talkatone…if you want, but I would not really recommend it.  There really is no need to, but for the sake of this article you can check out Talkatone.

Safari.  A pretty darn good mobile smartphone browser that you can only get as an iOS app.

If open source is your niche go for Firefox for safe browsing.  The iOS app of Firefox does not allow extensions like its Android counterpart.  I still like Firefox. 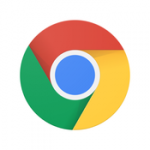 We are at mail now right? Right.

It might sound weird, but one of my favorite things to test out are new email apps on mobile devices.  Seriously.  I think it is wicked fun to see how well devs can figure out how to organize boring ol’ email.

My two favorite email apps are Alto mail and Outlook.

Alto mail was developed by AOL Inc and you can read my Tappday review here.  It is a wicked clean app.

Outlook is developed my Microsoft.  It does so many things right that I can barely find a reason why you shouldn’t use it.

Finally we are left with the Music iOS app.  It is a decent app on its own, but seems to have gone backwards in terms of usability in recent years.  A year or two ago they seemed to hide the shuffle icon.  It made no sense.

One thing that I do not like is that Apple keeps trying to advertise their Apple Music subscription service through the app.  I just want to listen to my purchased music.  That’s it.  I am not a streamer by any stretch of the imagination.  I prefer raw physical data.  Give me an SD card in my phone or multiple 1TB hard drives in my computer.

Unfortunately pretty much every music player app available to download just doesn’t cut it.  So I will let you venture into this territory on your own.

AT&T brings WiFi calling to some of its devices

You just got a brand new iPhone. It is currently sitting in the shrink-wrapped box...