Did you recently convert to Android from iPhone and feel kind of hollow inside?

Or maybe you are an Android user who wishes to get some good ol’ Apple software on his device.

Well now you can!  Sort of!

This week’s Tappday review goes to the GEAK camera which provides both users an Apple experience.

The GEAK camera looks near identical to the real iPhone camera.  Having not played around with an iPhone in a few months I honestly cannot tell the differences without searching on Google or looking at my iPad Mini.

So let’s find a screenshot and compare the two! 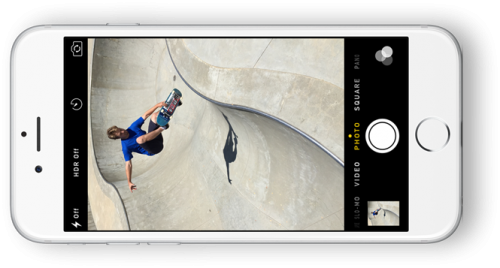 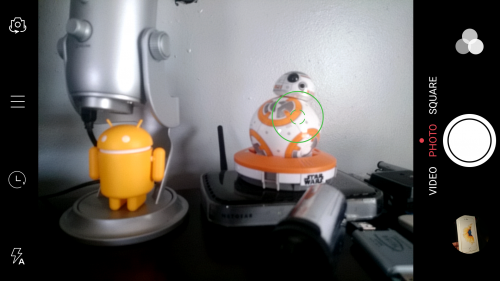 So right from the get-go you can see that the real iPhone camera has yellow text to indicate what mode you are shooting on whereas the iPhoney camera has red.  There are also only three basic camera modes to shoot in GEAK camera, but this is all you will need and I will explain later.

The flash icons are different as well.

Apple’s iPhone camera app also has a HDR setting which the GEAK camera lacks, but for a free app I am not complaining.

They both sport a timer and a selfie mode as well. 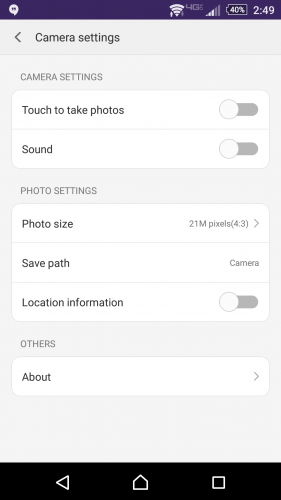 When a knockoff has better features…

GEAK camera has a rather nifty extra though and it is within the three horizontal lines icon.  This icon is for the camera settings and I love it.  You can even change the resolution!  I cannot believe Apple has not implemented something like this into their very own camera app.  It makes it so much more convenient.

What also is convenient about this camera is that it is universally known at this point.  Anyone with a smartphone can use it which brings me back to the point I made earlier about lacking camera modes.

Say you are out on vacation and want someone to take a picture of your family.  You hand them your Android device with the camera already open.  The friendly stranger takes a picture and realizes that either your brother was not in focus, your mother blinked, or maybe the setting was too dark so the flash needs to be turned on.  He might try to figure it out, but he has an iPhone and isn’t very familiar with your LG G4.   He hands it back to you and says if you turn the flash on he will try again or maybe he just takes off because he has somewhere to be.

If this scenario sounds a bit familiar for Android users you should probably take a look at GEAK camera next time you plan on being in mixed company… Android and iPhone company that is.

Use this camera app for those quick and easy snapshots.  They do not need to be in HDR mode and you most likely won’t be handing your device over to a stranger to have them record you in slow motion.

I see this app as being a perfect app to download for people going on vacation.

By the way I took a “Superior Auto” picture on the default camera of my Sony Z3v and compared it to the GEAK camera.  Here are the results. 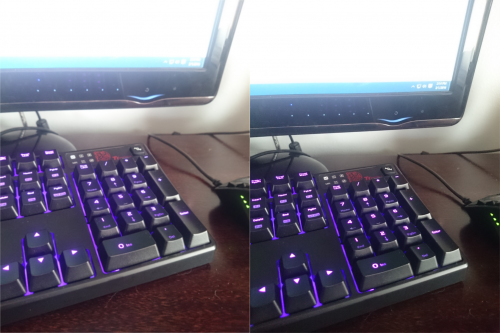 GEAK is on the left and Sony’s Superior Auto setting is on the right.  Obviously there is difference, but for a snapshot on vacation it should be more than enough for the average Android user.

GEAK camera is free on the Google Play Store and has no in-app purchases or advertisements.  Good job, GEAK!

Did you recently convert to Android from iPhone and feel kind of hollow inside? Or...