Both of the full versions of Nova Launcher and Poweramp are both on sale today in the Google Play Store.

Nova Launcher lets you customize everything

For Android beginners, Nova Launcher is a way for you to change the appearance of your device.  You can change the organization, app drawer and other settings.

It is like changing an HTC One to look like a Samsung Galaxy S6 on the screen.  Or making an Android device look like an iPhone if you are in to that sort of thing.

You can also use the launcher to change what your icons look like with icon packs.  If you don’t know what icon packs are, read my post here!

Nova is considered to be one of, if not the best Android launcher you can use and this is a deal you cannot pass up. 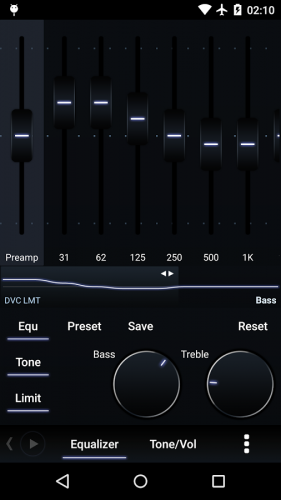 The other app deal today is Poweramp.

Poweramp is a music player that allows you to have full control of your audio output.  You get to change the bass, midrange and treble frequencies through the equalizer.

Normally Poweramp is also currently $0.99 while it normally goes for $3.99.

I personally do not like the aesthetics of the music player, but I cannot knock the functionality.  Poweramp has more settings than you can possibly hope for.

Well these are two wicked good deals today! Both of the full versions of Nova...