I was a longtime Google Hangouts fan.  It was a messaging app that I could easily sync between my iOS and Android devices.  Hangouts was pretty simple to use and I got my nuclear family onboard with it.  As of last week I made the switch to Google Messenger and will not be looking back. 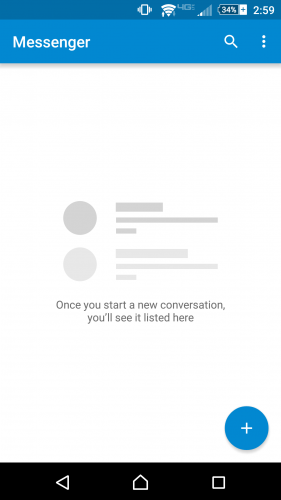 If you want a simple and elegant SMS app this is it.  Messenger is about as barebones as you can get while still providing a good amount of features.

Upon opening it for the first time I was immediately reminded of my experience with Inbox by Google.  Messenger was very…plain.  This is a good thing.

Google Messenger does not bombard you with features out the wazoo.  While my Sony Z3V was having texting issues after upgrading to Lollipop I switched to Verizon’s Message+ app as a temporary solution.  Looking back on it, I felt overly consumed by a plethora of settings.  It had too much for a texting app in my opinion.  Some people might like the extreme customization, but for me it became too much too fast.

There are four basic settings in Messenger that will make it very easy for just about any user to pickup and use.  These settings are Outgoing message sounds, Notifications, Sound and Vibrate.  Pretty darn simple ain’t it? 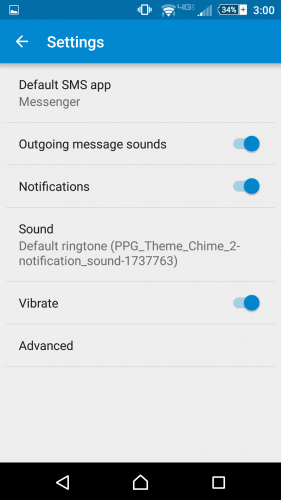 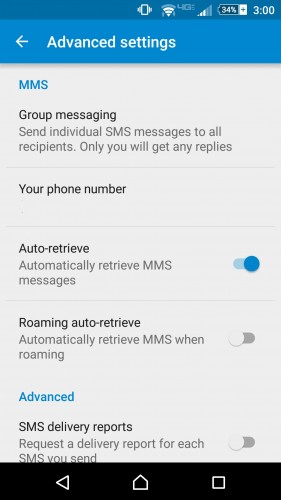 If you dive into the Advanced settings tab you are met with options for pictures within group messages, what your phone number is, auto-retrieve of pictures and SMS delivery reports.  For the average user the “advanced tab” is still pretty easy to figure out and does a good job of not going overboard.

It has the basic necessities and I like that.

So what is the actual, you know, texting experience like?

Tapping the plus icon in the bottom right starts searching for a contact to send a text to.  Select the appropriate contact and begin texting.  That is it.

This contrasts immensely to Google Hangouts.

On Google Hangouts I would have to choose between sending a message through Hangouts the service or an SMS text through the Hangouts app.  Hangouts also had my Google Voice number in there as well so it became a cluttered mess that I eventually became used to for no reason whatsoever.  All I wanted to do was send pictures and texts to friends and family without any hassle.  Thank goodness for Google Messenger.

There are five different types of attachments that you can send in Messenger by tapping on the paperclip icon.

You can take a picture with your camera and send it.  You can select an image from your gallery of pictures that you have already taken.  You can choose to send a quick voice recording.  You can send your location on Google Maps.  The fifth and final attachment type you can send is my favorite: stickers.

Right from the get-go when I opened the stickers tab I started giggling like a child.  I was thinking these would be like emojis.  They are not. 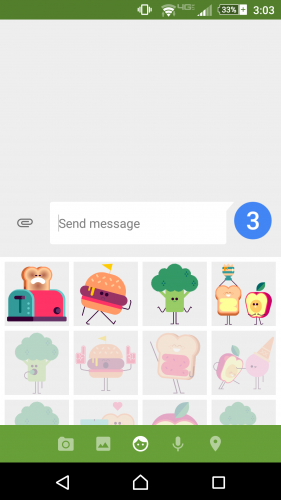 I was met by a bunch of animated food characters.  There was a dancing piece of toast with jelly on him.  An ice cream character who was happy that it was getting rained on with sprinkles.  They were fantastic and made me want to use the app more often.

After a week of using Google Messenger as my default SMS app I have yet to look in my rearview mirror.  I plan on using this clean and straightforward texting app indefinitely.

Nova Launcher and Poweramp on sale

I was a longtime Google Hangouts fan. It was a messaging app that I could easily...