Toady Apple announced the iPhone SE.  It is a device that has a familiar feel, but with fresh internals.

The newest iPhone is a revision to the extremely popular 5/5S lineup.  Apple said that they sold over 30 million devices last year that had a four-inch display. 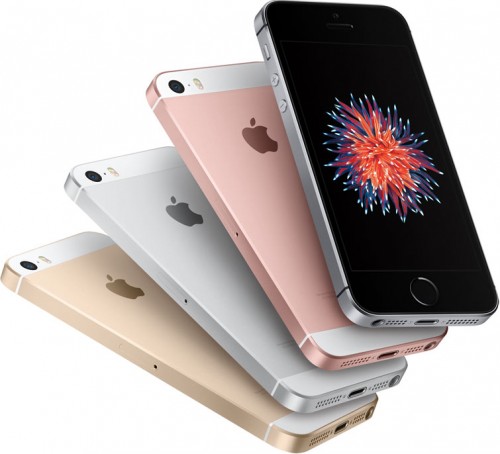 Despite its smaller size the iPhone SE does not sport sub-par specs.

It comes equipped with an A9 processor, 12 megapixel iSight camera, and an NFC chip so that Apple Pay can be used in a variety of stores.  Besides storage capacity, battery size and screen size the iPhone SE has practically the same specifications as its bigger brother, the iPhone 6S.

Storage options start at 16 gigabytes for the base version at $399 off-contract while an extra $100 can get you an additional 48GB.  If a user opts for a two-year agreement through their carrier they will receive an iPhone SE for free.

A few rumors haves said that the SE will also come with 2GB of RAM, but nothing is official as of now.

Now Apple consumers will have three different sizes to choose from in four different colors when purchasing an iPhone in 2016.

Along with the iPhone come EarPods, a lightning cable and a Power Adapter in the box.

It will be available to order online March 24, 2016.  You can find more information on Apple’s website here.

Toady Apple announced the iPhone SE. It is a device that has a familiar feel, but...